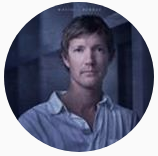 I am a Finnish born, Vancouver bred, and now Comox based woodworker primarily focused on the repurposing of recycled materials to produce architecturally-inspired pieces of functional and non-functional art.  I find inspiration in the subtle precision of Japanese and Northern European woodwork and the rich texture and patterns of traditional Islamic architecture.

Second Nature Woodcraft began as Second Nature Flooring in Vancouver in 2002 specializing in all things hardwood flooring.  Since then I have expanded to include my main passion, which is custom woodwork, providing quality workmanship in modern hand made furniture, custom woodwork and millwork, functional and non-functional art.